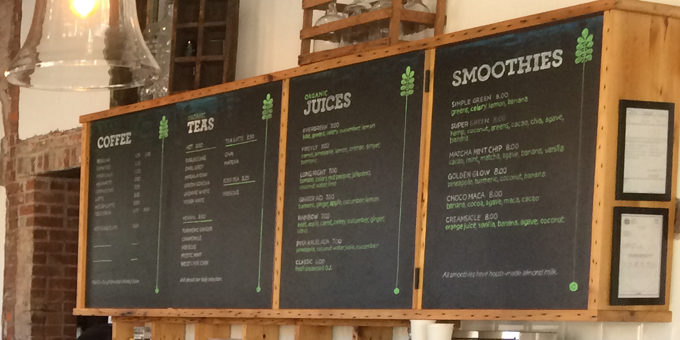 Why eat a Starbucks breakfast sandwich when you can eat a coconut yogurt parfait instead?

This morning, I made my way over to Fishtown?s newly opened Front Street Cafe at the corner of Front and Thompson Streets, steps away from the subway, excited to feast on all sorts of healthy breakfast delights in the name of work (yeah, my job is pretty awesome sometimes). So when I got there, I was bummed to find out that they have yet to complete their menu (they just opened Monday), so until mid-October, they?re only slinging stuff from their juice and coffee bar ? smoothies, made-to-order juices, tons of teas, lattes and such ? along with pre-made fare.

But turns out, this limited selection actually led to a really useful discovery: Front Street Cafe has already mastered the art of the healthy grab-and-go breakfast, a truly difficult thing to get your hands on on those desperate mornings when you?re starving, short on time, and not trying to eat a Starbucks breakfast sandwich or a calorie-heavy?bagel with cream cheese.? 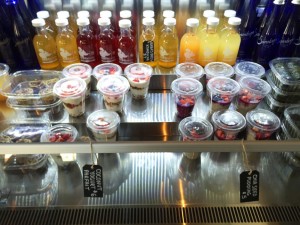 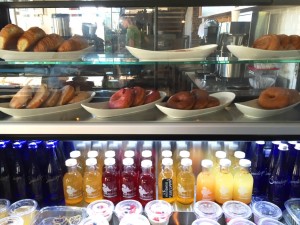 First off, they have tons of truly tempting juices and smoothies. I opted for the Matcha Mint Chip, a blend of banana, cacao, mint, matcha, agave and vanilla. All of their smoothies are made with house-made almond milk, which you can really taste (it?s delicious, by the way), and most of them have banana in them. So note: If bananas aren?t your jam, you?ll probably want to steer clear or ask them to cut the amount they typically use. My friend, clearly not a banana person, declared my smoothie “too banana-y” for her. I, on the other hand, thought the smoothie was the bomb: Not overly minty, but just minty enough to give my mouth a slight cooling sensation after every sip and the cacao bits added a nice crunch.

My friend ordered the Firefly juice ? carrot, pineapple, lemon, orange, ginger and turmeric ? and it was so good (you never really know with juices, you know?). Thanks to all the citrus, it didn?t taste like carrot juice which is a plus in my book. And a nice thing to note about the?the cafe’s drink menu: None of the juices will run you more the seven bucks, which (sadly enough) is kind of a steal in the juice world.

Now, on to the food. As I mentioned, they didn?t have their usual menu ? though if their Instagram is any indication, once they do, they?ll have goods?like gluten-free, vegan, refined-sugar-free green pancakes, among other healthy takes on brunch and dinner foods??? but they had lots of Dottie?s Donuts (vegan), plus other pastries, like a croissant stuffed with za’atar (!!), and a case of grab-and-go goods like coconut yogurt parfaits with gluten-free granola, chia pods, and collard dolmas. And along with their juices and smoothies, they had a bunch of Baba?s Bucha, made in West Chester, on deck. 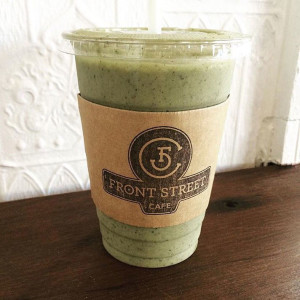 See? Grab-and-go healthy breakfast made SO easy. And there wasn?t even a line when I stopped in at 8:45! Come lunch, the case turns to grab-and-go goods like Greek salads, Quinoa Mushroom Burgers, Thai Veg Noodle Salads and the like. And in case you haven’t noticed from everything I’ve just said,?the cafe?really is a?healthy eater?s dream come true. 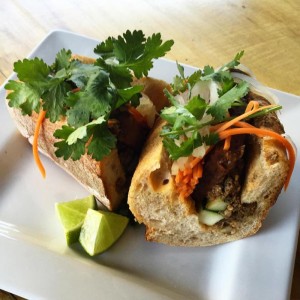 So next time you?re itching for a healthy grab-and-go breakfast (or lunch), you know where to go; the Front Street Cafe grab-and-go case, stocked with chia pods, coconut yogurt parfaits and more.

Read more at Phillymag.com
0/5 (0 Reviews)
Go to Top
Send this to a friend