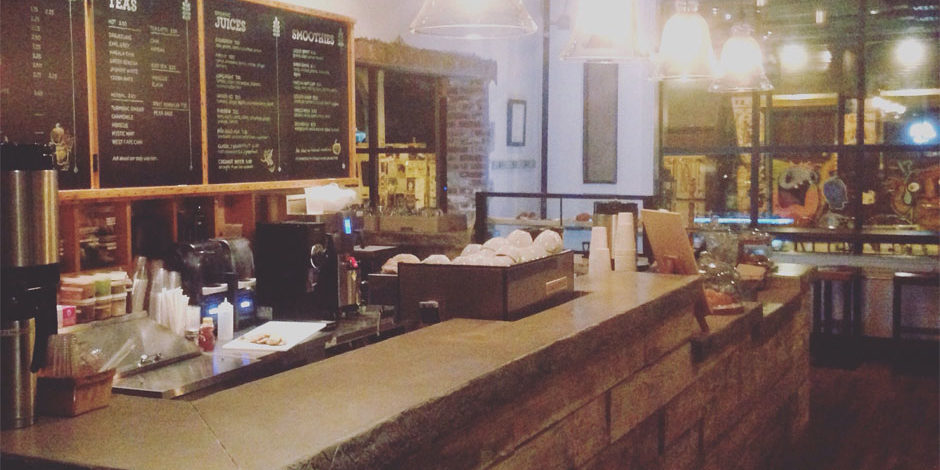 No matter what time it is, the new Fishtown coffee house/juice bar/restaurant/bar has something for everyone.

After gradually expanding its operations from breakfast into lunch/brunch, then into dinner, Fishtown?s Front Street Cafe celebrated with an official opening party last night.

The restaurant at Front and Thompson streets had been the subject of much buzz in the months leading up to its opening, and now that it?s open from wake-up call to last call, it?s already attracted a local following.

A Fishtowner of my?acquaintance said that it was already ?the place for meetings? in the area, which includes next-door South Kensington and Northern Liberties. The second-floor dining area, where sofas and armchairs keep the tables company, is well suited to handle such functions.

Developer and building owner Lee Larkin, whose partner Nicole Barclay owns the restaurant, explained that the goal was to create a place that had something for everyone, with a special focus on healthy fare from sources that care about what they supply. “I’ve had restaurant owners come to me with menus” for places they wanted to open, he said, “and I point out that their menus have no stars for vegetarian, vegan or gluten-free items, and if they don’t have those options, they’ll lose a lot of potential business.”

The menu at Front Street starts with vegan, vegetarian and gluten-free as the default options, then adds items for committed omnivores (they’re the ones marked with special symbols: a chicken for poultry or fowl, a fish for fish, a cow for beef, and a pig for applewood smoked bacon, the only pork product on the menu). Many of the vegetarian items feature mushrooms as a primary ingredient, including mushroom scrapple and mushroom bacon on the breakfast menu. Lovers of lox will appreciate Front Street’s gravlax platter, which showcases the cafe’s commitment to quality: the salmon is smoked and the red onions are pickled in-house, and the chive cream cheese, like all the cheeses the cafe serves, comes from small artisan producers. Front Street gets its produce from a supplier in Fishtown as well. All the meats and produce are organic.

The restaurant’s spaces are clearly designed to serve their specific functions. The main entrance opens into the juice and coffee bar, which has pastries and baked goods available all day. On the other side of the wall behind the juice bar is the alcohol bar, which has ample seating for the bar crowd. Restaurant tables can be found in both downstairs rooms, and in back is a landscaped patio?with more tables and a second bar. The upstairs room is a bright, open space designed for those who like to linger. Manager Sean Curran explained that the cafe actually encourages patrons to use the space for their work or meetings and stay as long as they wish; yes, there’s free Wi-Fi.

The cafe is located at 1253 N. Front St., one block north of Girard station on the El. It’s open from 6 a.m. to midnight Sunday through Thursday and from 6 a.m. to 2 a.m. Friday and Saturday, when the Kung Fu Necktie crowd across the street comes in to grab food to nosh on as they take in that night’s show.